Can I tell you a secret? I kind of hope it snows tonight. They're saying it will, although they said there would be blizzard-like conditions by now, and outside, it's still just raining. I know my future self, the one who will be knee deep in snow, longing for sunshine in the middle of March, will hate me for saying so. My past self, the one has spent hours shoveling her parents' driveway from just one snowfall, the one who has brushed off a half a foot of snow off her car only to find two more inches of ice to chisel away, would probably throw a snowball at me for saying so. My husband, if he reads this post, might just name me Official Driveway Shoveler from now until we die. So I feel wrong for saying so. 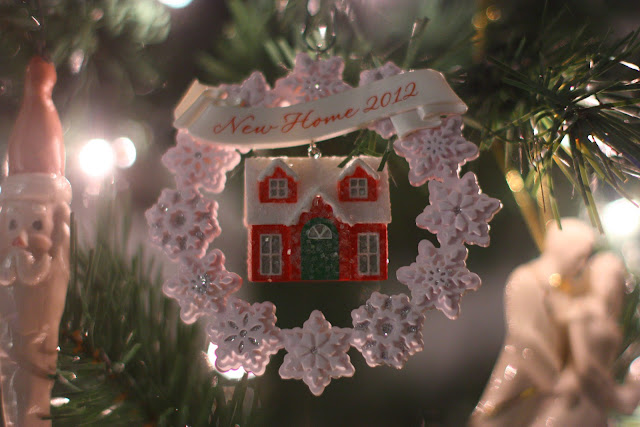 But it also feels wrong when Christmas comes and goes, and there is not a single snowflake to be seen. When outside, instead of white, bright and sparkling, it's gray, dreary and just plain cold. There is something to be said about a white Christmas. And guys, it may not be December 25 yet, but Christmas has definitely begun.
I can tell by the steady stream of sweets and cards on the treat table next to the printer at work. By the ribbons and wrapping paper and unwrapped gifts and Sour Patch Kids candy canes that currently surround me. By the gifts under the tree -- a big box for Murdo, from me, and three from him to me. We're opening them tonight, our first Christmas exchange in our first home with our first Christmas tree (which is covered in Star Wars ornaments, complete with a Yoda tree topper). We'll have a fire in the fireplace. I'll have either bourbon or hot chocolate. Or both! 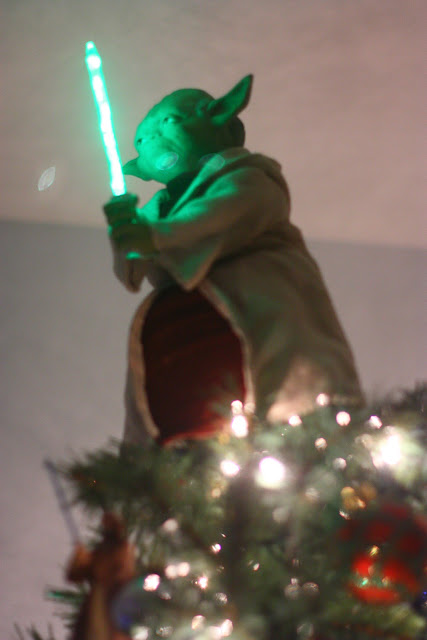 Next week, we'll spend Christmas day with my entire family for the first time in years. We'll watch my nieces, ages 6 and 3, rip open their gifts from Santa. I can't wait to see their faces light up, the way that only a child's face on Christmas morning can. We'll celebrate my nephew's first Christmas. We'll wander downtown Chicago with Murdo's family, and enjoy the city lights and German beers. We'll throw a baby shower for my sister-in-law. And maybe, if it snows, we'll get some sledding and snowman-making in.
But if it doesn't, that'll be OK, too. There's enough white and bright and happy in that last paragraph to make up for it, and then some.
Merry Christmas! 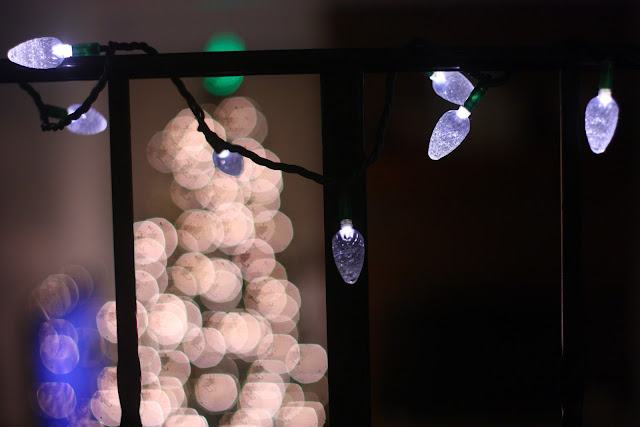