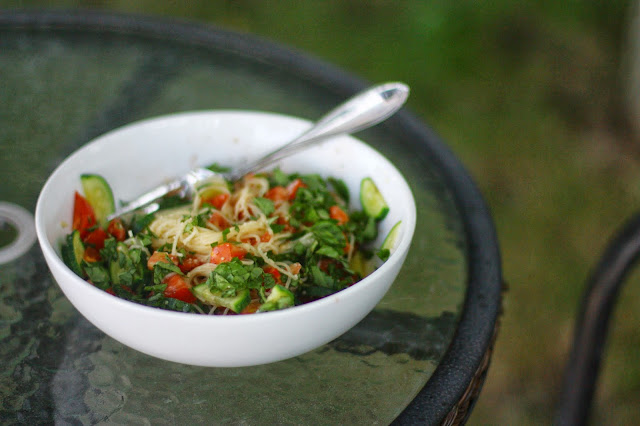 August made me very tired. There was a lot of running on the treadmill, and this three-day class I had to take for work that was so in-depth and at times overwhelming, I actually felt dumber by the end. My sister and her family moved to Las Vegas. I attended a bunch of meetings, and made a mistake on our mortgage payment. Laundry. There is so much laundry, always, and it never gets done. The vacuum cleaner is currently standing in the middle of the living room, where it's been since Saturday when I decided to clean and then decided to stop without really finishing. 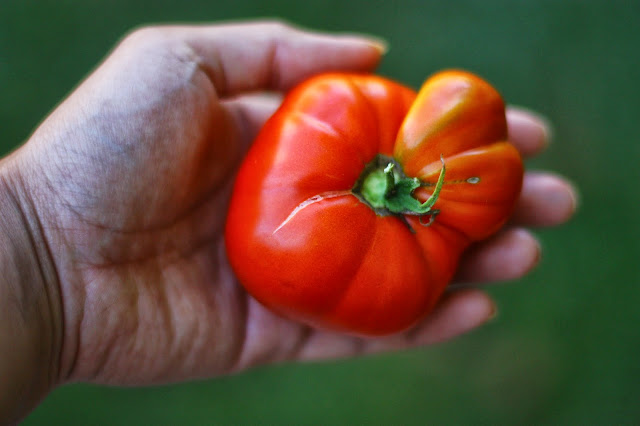 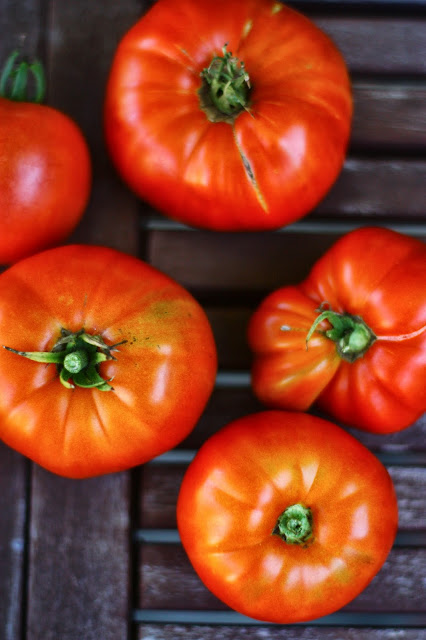 But that's enough about that. Let's talk about tomatoes now. Because even after coming home from a long day and feeling kind of crappy, plucking tomatoes from my garden always makes me feel better. Like today, when I drove an hour in the opposite direction of home after work to pick up my just-repaired Minolta, and drove an hour back in rush hour traffic, and still had to stop at the store for this Labor Day weekend's groceries, and the only thing I wanted to do was go home and eat dinner, it was the tomatoes that brought me from feeling-all-wound-up to feeling-great-about-life. 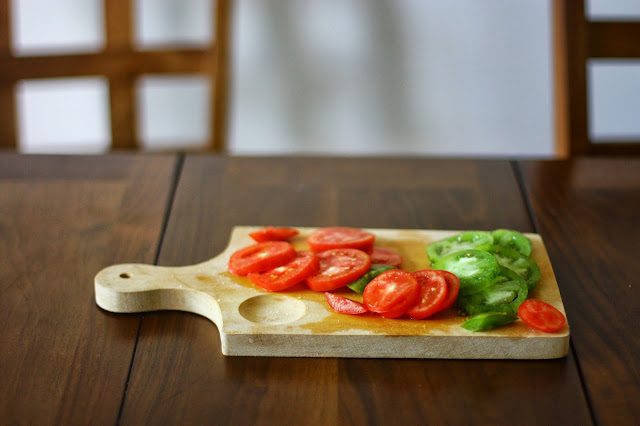 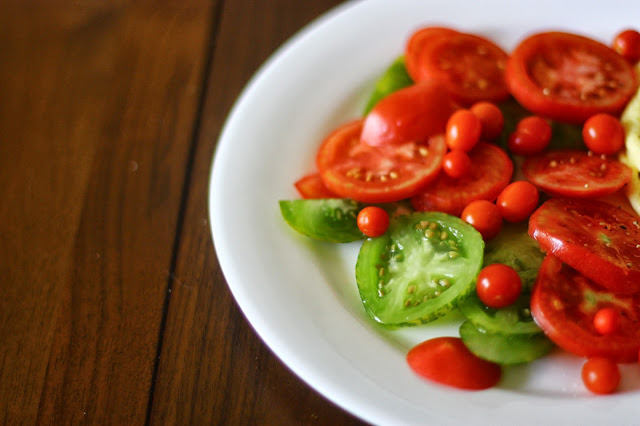 Here's what I did when I got home: I went straight for the backyard and picked a handful of fresh basil from the garden. I put a pot of water on the stove to boil. I washed and dried the basil, pulled a zucchini from the fridge, and sliced it into rounds. I grabbed a couple of tomatoes from the counter, picked just a few days ago and getting redder and riper as they sat, and chopped them up so that their juices spilled onto the cutting board and their red flesh practically shined like jewels. Into the pot, a single serving of angel hair pasta. Next, the zucchini rounds. Cooked, drained and slid into a big white bowl. I topped the pasta with the tomatoes and a drizzle of olive oil, a sprinkle of grated parmesan cheese, and a generous handful of roughly chopped basil.

Easy, one-pot summer garden pasta, guys. I brought it to the backyard to take a few pictures, and then sat down under our tree and ate. And then August wasn't so tiring anymore, but instead, just slow and relaxing. August became this single moment, sitting outside while the warm breeze hit my face, looking out at the garden from which I had just picked my dinner. The tomatoes so worth the wait -- worth this whole never ending month, really. 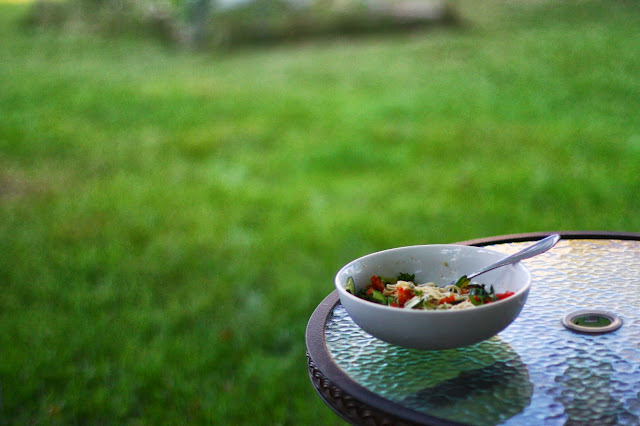