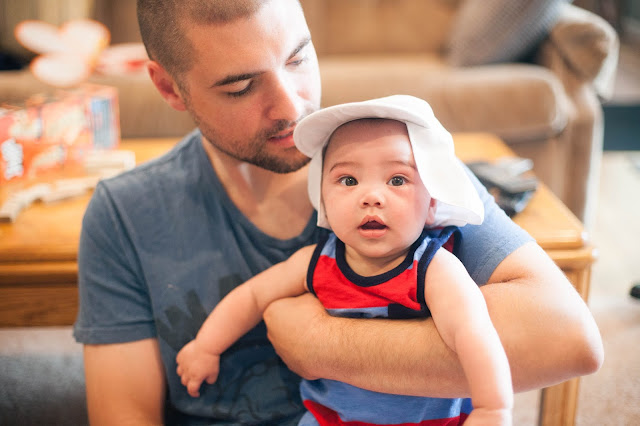 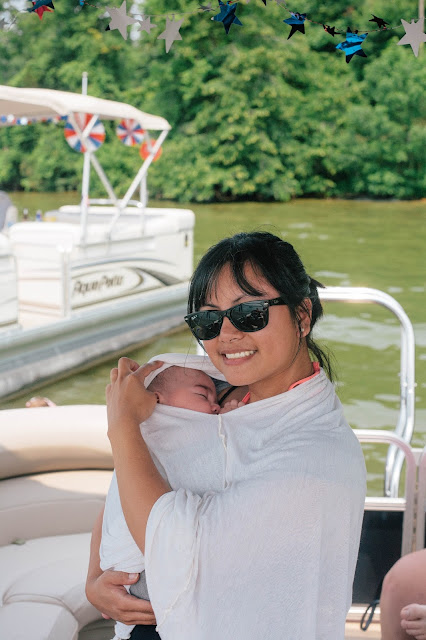 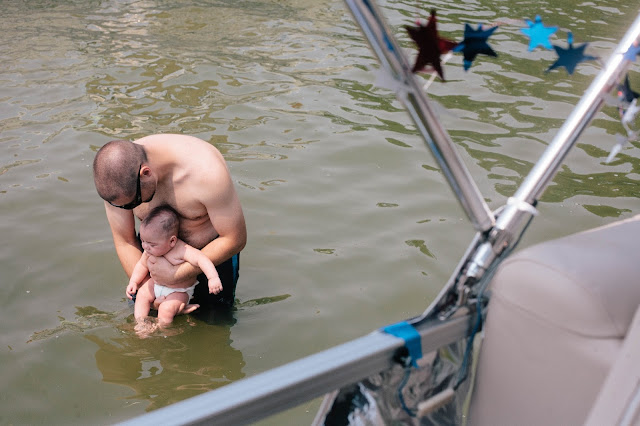 We spent the July 4th weekend at our family lake house in Michigan. Murdo enjoyed napping on the boat, dipping his feet in the lake for the first time, and eating bananas out on the deck. I enjoyed Jack and gingers, Grapefruit Summer Shandys, and evenings by the fire while the baby slept like a champ. Also, I did not take a single photo of food. I don't even know who I am anymore. I keep telling myself to take more non-baby photos, but every moment I want to capture is wrapped up in him. 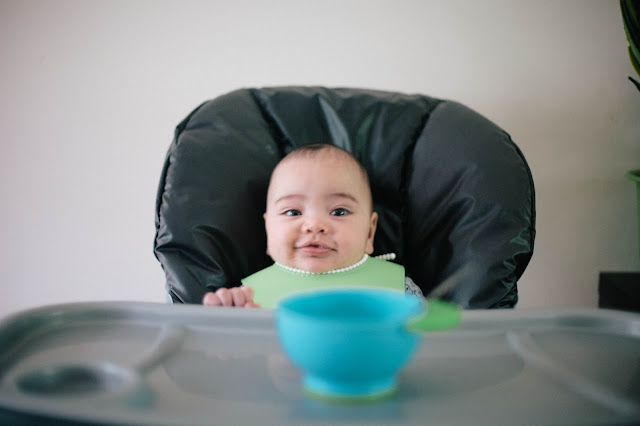 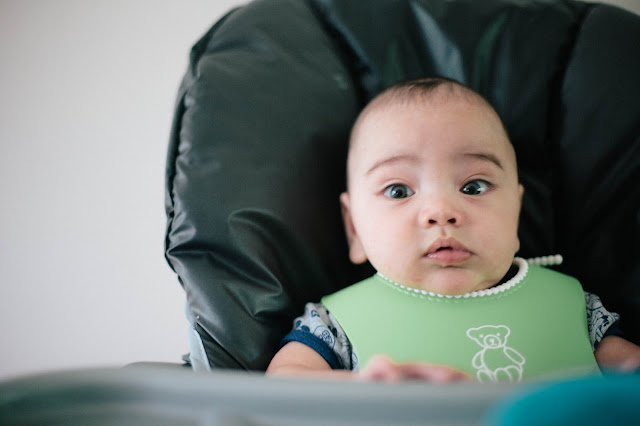 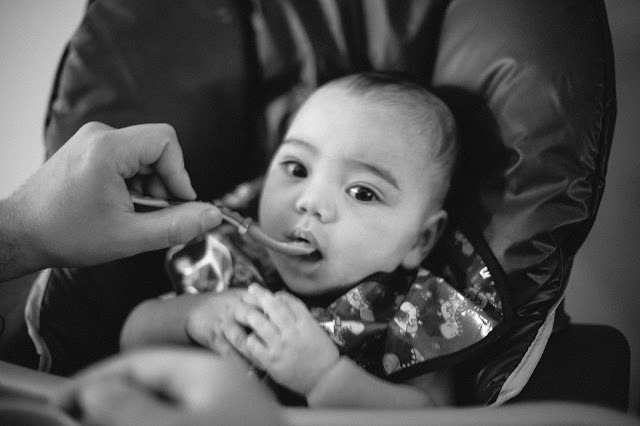 Speaking of food, Murdo started solids! So far: bananas, avocado and squash. He seems to like the bananas and squash the best, and is getting better at opening wide for the next spoonful. Little M got his first bite of food on his dad's 33rd birthday; last year, on Murdo's 32nd, I handed him a box with a little stick inside, with a faint little line that told us we were pregnant. Crazy how much changes in just a year. 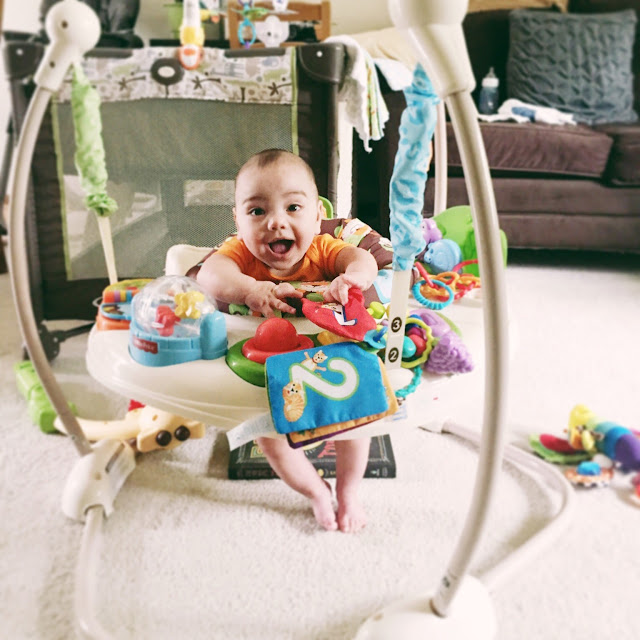 This kid is all about standing and kicking. His new jumper makes him so so happy. He loves looking up and seeing the world from a different perspective, and getting a chance to work those leg muscles. 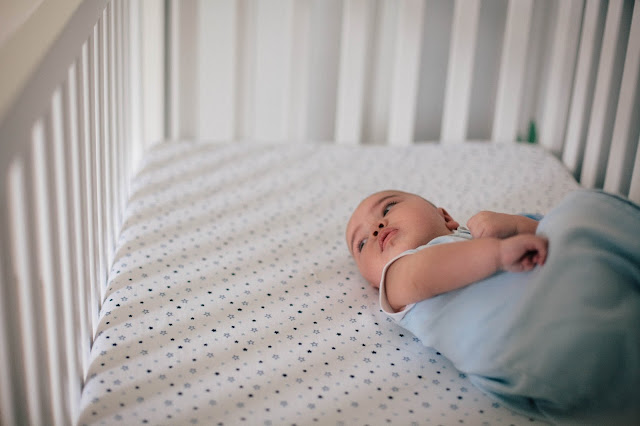 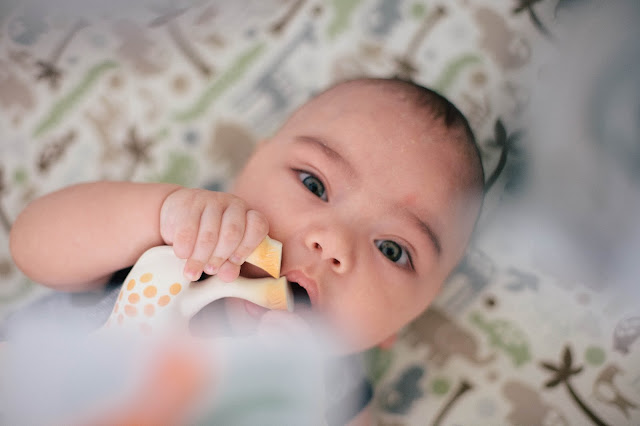 Shortly after I proudly proclaimed M sleeping through the night and breastfeeding easy as pie, he started waking up at 3:30 in the morning and wanting bottles more than the breast. For the most part, he's still sleeping great, and I'll continue to breastfeed until at least six months. But I told myself that I'm not going to stress out about my milk supply anymore. No more guilt when we give him a bottle before his bedtime routine because he's crying hysterically, too impatient and too tired to wait for the breast milk to let down. No more feeling guilty because maybe I'm not pumping as much as I could be. I fed him a bottle myself for the first time since his first few weeks (he usually gets his bottles from his dad). I thought it would feel wrong, but then I realized: this isn't bad. He's eating, and he's happy, and he's healthy, and that's all that matters. 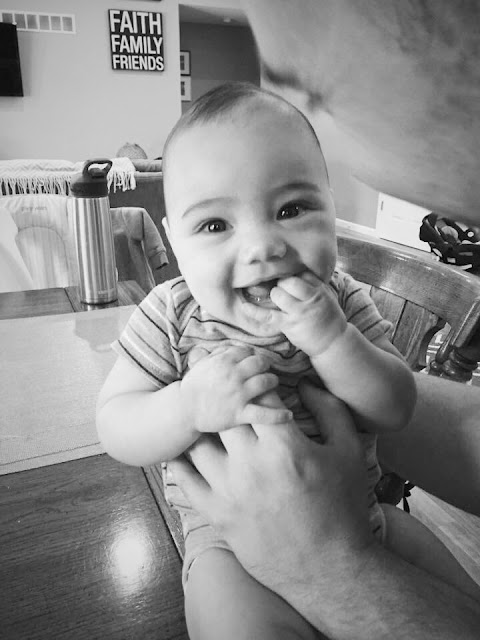 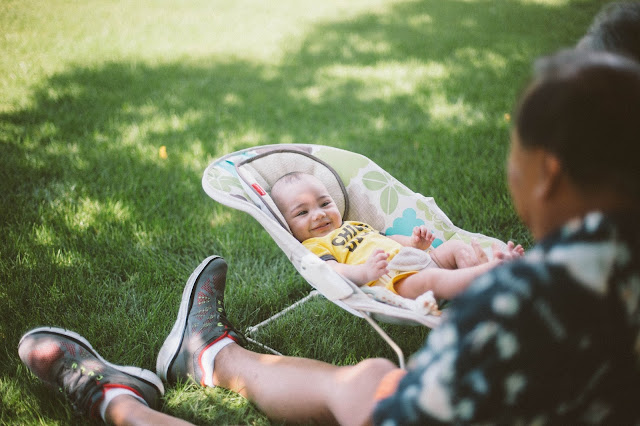