It's hot here. September is almost over, and temps are still in the upper 90s. In August, I took Little M with me to his school to pick up his Chromebook. The sun beat down on us as we walked through the parking lot, burning into our skin. "It's too hot, Mommy," he told me. "Let's move back to Illinois." I reminded him that it will cool off, and that it doesn't snow here. I remind myself, when I'm getting stir crazy, stuck in the house while outside the thermostat reads 114 degrees, that summers in Vegas are like winters in Chicago - they're brutal, but they pass. Soon we'll get relief, and I can't wait to start spending our weekend days exploring the beauty of Nevada and our neighboring states. 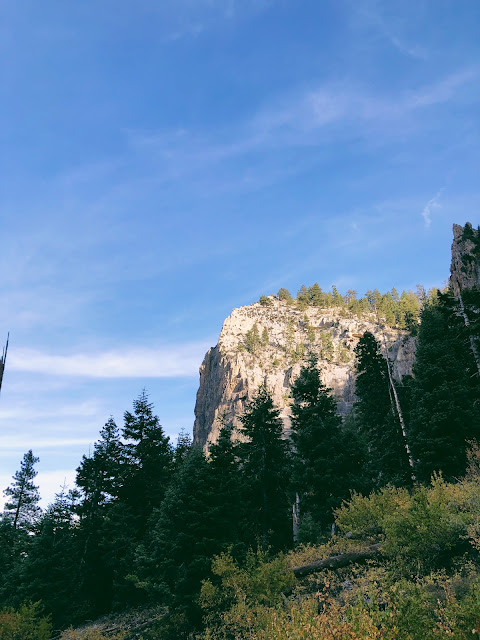 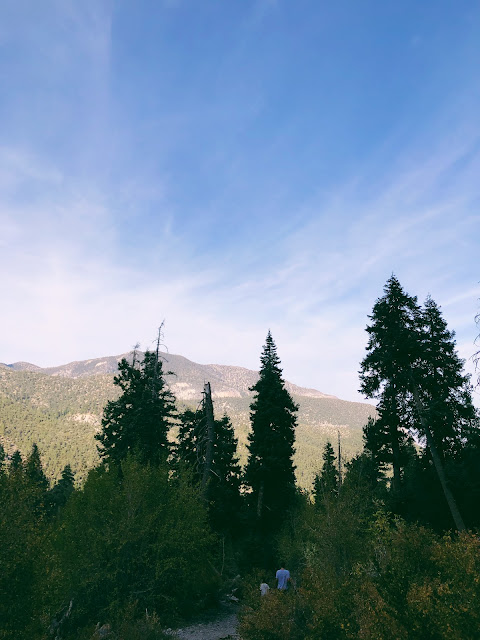 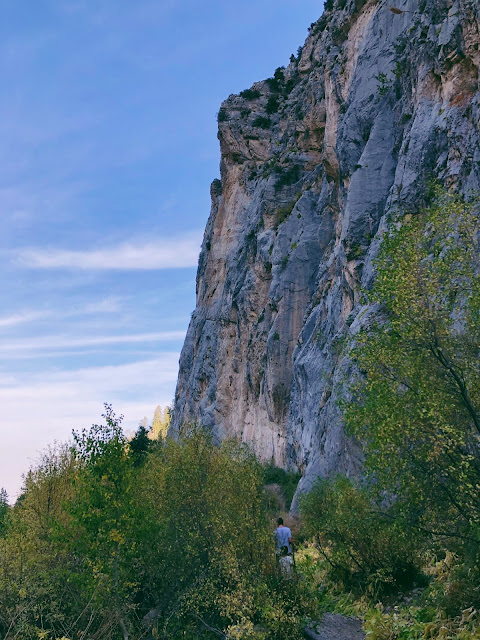 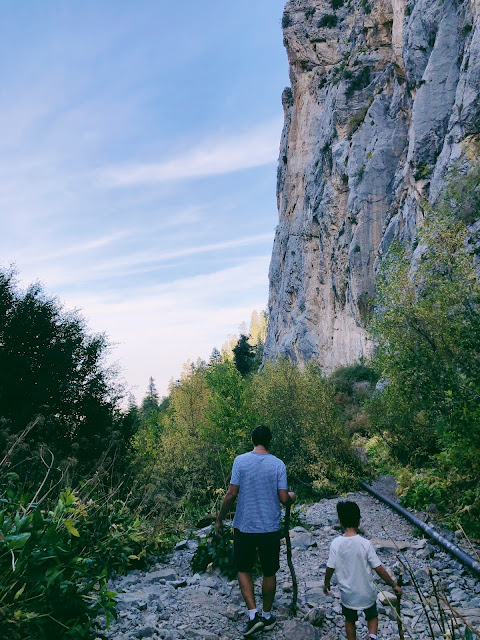 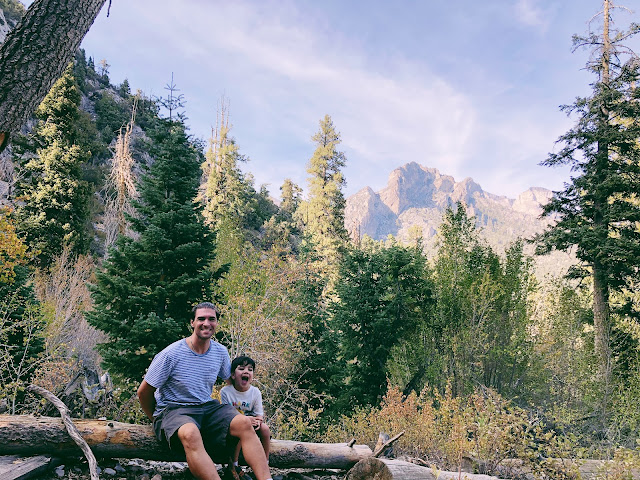 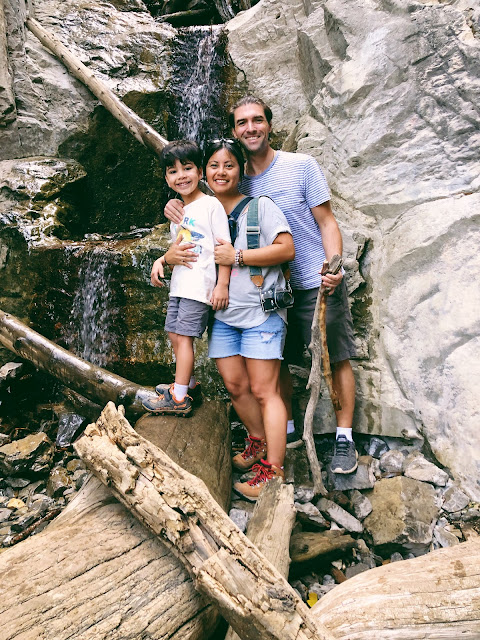 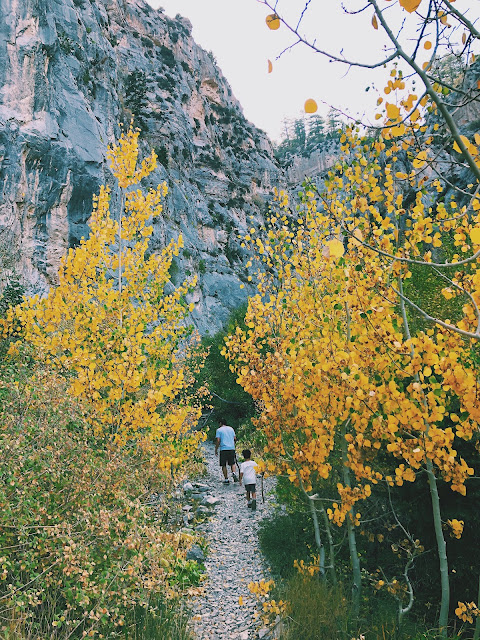 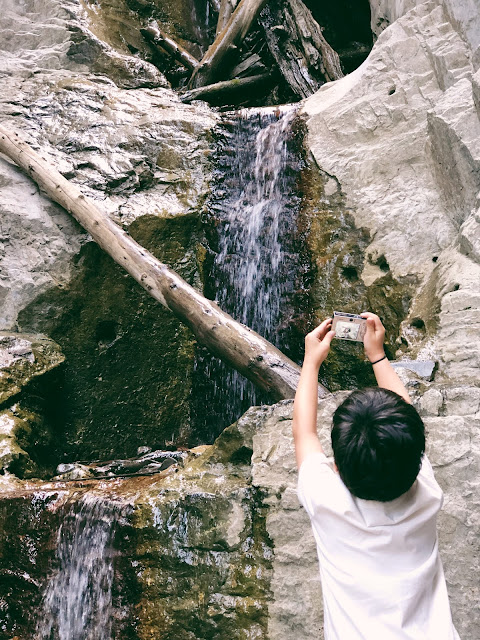 On Saturday, we drove an hour out of the city to Mount Charleston, the highest point of the Spring Mountains. It's cooler up on the mountain (it actually does snow there), so we were able to take a small hike without dying in the heat. The Little Falls trail was short and easy enough for Little M, although he did ask if we could go back to the car more than once. Snack breaks helped, and the waterfall at the end of the trail was a nice reward.
I gave Little M my old digital point-and-shoot camera, the Canon PowerShot that I used to take photos of food and post here a million years ago. Now, below, I'm posting the photos that he made. I hope the camera helps him see the world differently, the way it did for me - noticing how light changes everything, pausing to see beauty in small moments, waiting, being still, and capturing the details. 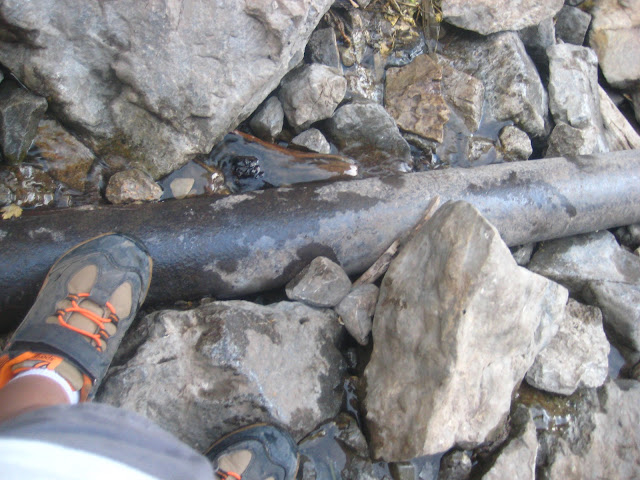 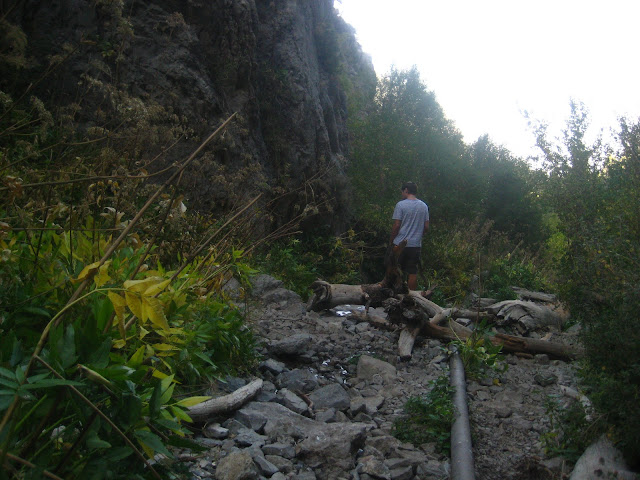 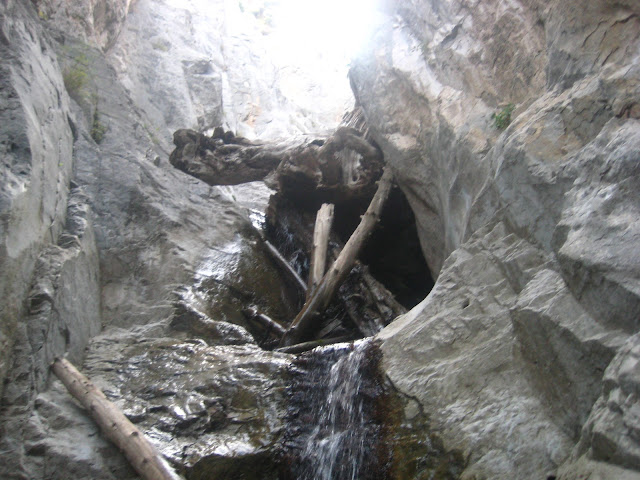 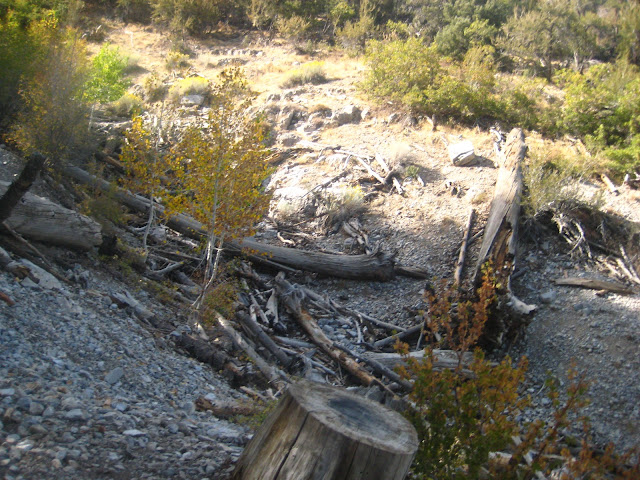 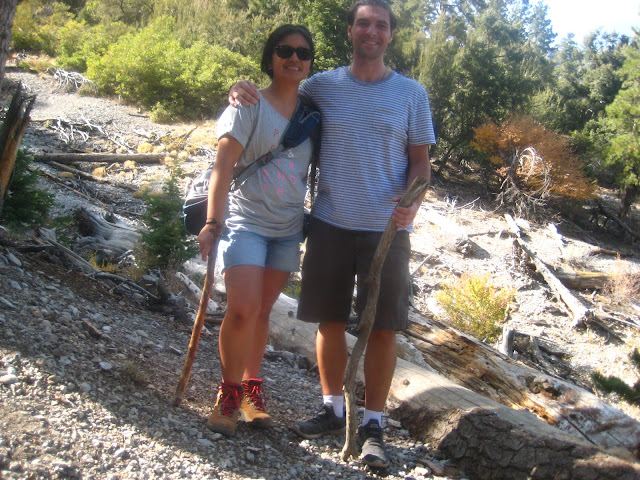