On Friday, Murdo and I officially became homeowners. We celebrated with gyros. After lunch, I quit my job.

My last day of work was on Monday. Since then, I've been getting up early, packing boxes, working out and watching episodes of "Parenthood" -- all before lunch each day. It's been years since I've had time during the week to myself. Time to sit down to breakfast, to play with the cats, to take a nap in the middle of the afternoon. To notice the way the light filters into the apartment at nine in the morning, and to stand still to enjoy it. 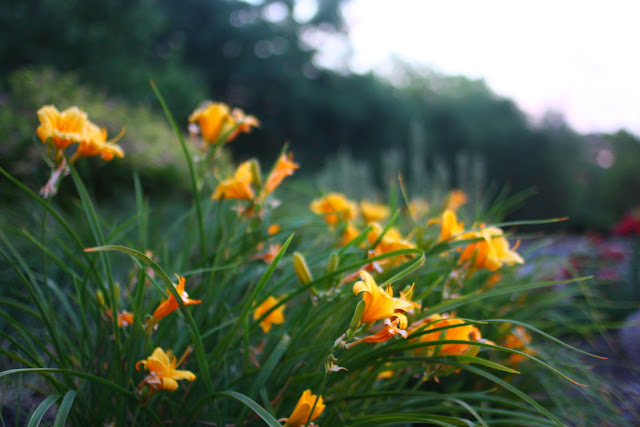 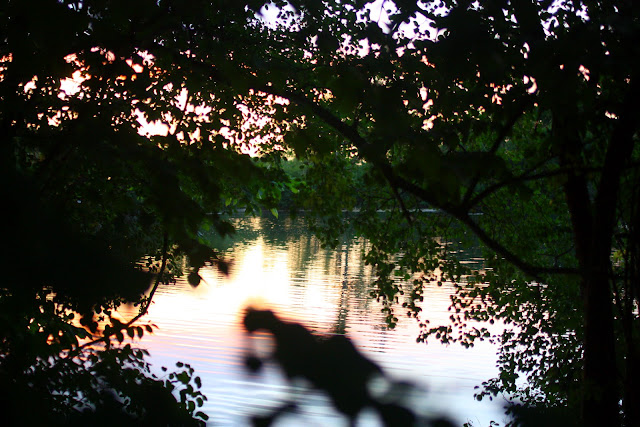 I've been thinking about saying goodbye. I'll miss the runs through our wooded neighborhood, the way our walkway smells of lush greenery right after a rainfall, the tree-lined path along the lake that transforms with each season. This little apartment is where we lived when I started my last job. It's our first home as a married couple. Tim died here. The kittens grew up here.

And I cooked many, many meals here -- some just once or twice, while others made the menu week after week. I'll bring those recipes to our new home, and learn a new rhythm in a new kitchen, and fill our new home with familiar smells, and discover new light filtering through the windows. 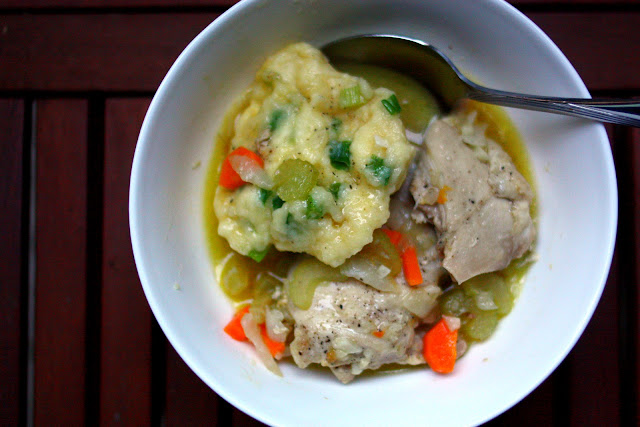 Start with the chicken. Melt the butter in a heavy pot with a lid over medium heat. Add onions, celery, carrots, parsley and garlic. Cook until the vegetables have softened, about 10 minutes. Place the chicken on top of the veggies and season with salt and pepper. Add chicken broth. Cover, reduce heat to low and cook for 30 minutes.

While the chicken cooks, prepare the dumplings. Whisk together the flour, baking powder, sugar and salt in a bowl. Stir the egg and half-and-half into the flour mixture. Add the scallions and combine, but don't over mix. The dumpling dough should be like very wet biscuit dough.

After the chicken has simmered for 30 minutes, drop 2-tablespoon mounds of dumpling dough on top of the chicken. You should have 8 dumplings. Cover and simmer until the dumplings are puffed and cooked through, about 5 minutes.